Teddy Pendergrass was one of the giants of soul and r’n’b. After starting out as a drummer, he initially found success as the lead singer of Harold Melvin and the Blue Notes. Their hits like “Don’t Leave Me This Way” and “If You Don’t Know Me by Now” showcasing how that strong, emotional baritone of his was the icing on the cake when it came to the outfit’s slow jams.

After becoming frustrated in the band, he hit the solo route. Many of his hits were written by the songwriting and production team of Kenny Gamble and Leon Huff, with the Philadelphia International duo providing a smashing backdrop of lush strings and big-band disco for that voice.

On the verge of true superstardom, Pendergrass was left paralysed from the waist down after crashing his Rolls-Royce in Philadelphia in 1982. A year later, he was back singing and onstage again. He worked with people like Whitney Houston and Nile Rodgers and played the Live Aid concert in 1985. He died in 2010 at the age of 59 from colon cancer.

Teddy Pendergrass: If You Don’t Know Me is the story of the rise and fall of the great soul singer. Directed and produced by Olivia Lichtenstein, the film features interviews with Pendergrass’ family and friends, as well as industry legends, including Stevie Wonder, and rarely seen archival footage.

Lichtenstein has produced and directed several award-winning documentaries including the BAFTA-award winning The Silent Twin: Without My Shadow. As former editor of BBC’s television documentary strand, Inside Story, she also directed Tongue-Tied, which won The Grierson Award.  In 2012, she joined as partner of Storyvault Films and projects she has directed include Broadmoor for ITV and Melyvn Bragg: Wigton to Westminster for BBC2.

Join us at The Sugar Club on Wednesday April 2nd for a screening of Teddy Pendergrass: If You Don’t Know Me preceded by a Banter conversation with Olivia Lichtenstein about the making of the film. Doors open at 8pm and tickets for the event are now available here. 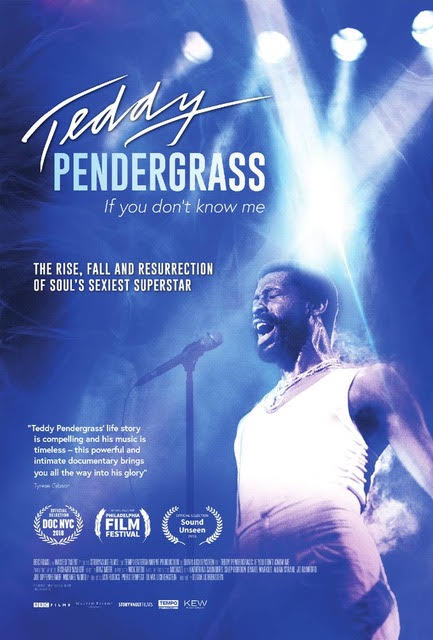